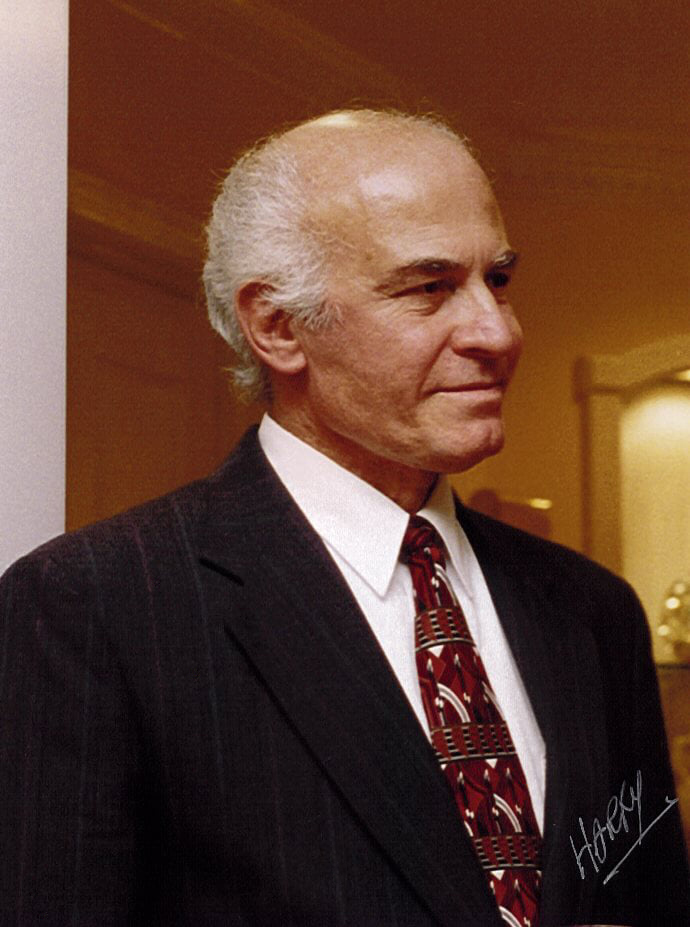 Today, September 25, marks the 20th anniversary of the passing of Rev. Dr. Movses Janbazian. It seems like yesterday when I got the terrible call from my brother Rev. Dikran, who tearfully told the sad news. Twenty years ago, Sydney was in a celebratory mood, hosting the 2000 Summer Olympics.

Receiving the shocking news, I made travel arrangements to attend my brother-in-law’s funeral. I remember during the long flight from Sydney to New York, I was in deep sorrow, thinking of the great loss we had, not only a family member, but a servant of God, who was serving within the circles of the Armenian Evangelical Churches and the Armenian community all over the world. His life was cut short at the age of 55, but he had so many triumphs and achievements during his decades of dedicated service. Now, 20 years after his passing, I still believe if he had more time on this earth, he would have flourished and realised so many more dreams. We asked then, and we still ask now: “Why?” Only God knows!

Movses left this world, leaving behind his wife and children, Janbazian and Youmoushakian families, as well as the wider Evangelical family in pain and sorrow. He left us, but he continues to live through his family, friends, the community and the motherland of Armenian and Artsakh that he loved so much.

This great man, who was born in Anjar, Lebanon on July 26, 1945, received his early education at the Armenian Evangelical High School of Anjar, a B.A. degree from Haigazian University, a Master of Christian Education degree from the Near East School of Theology, served Armenian Evangelical churches in Lebanon on many levels and was sent as a missionary-minister to the Armenian Evangelical Central Church of São Paulo, Brazil. In 1980, he was called by the Armenian Missionary Association of America (AMAA) to serve as the first Field Director of the Association. In that capacity, he held a variety of administrative and fieldwork responsibilities. In 1987 he was appointed as the Executive Director and the Chief Executive Officer of the AMAA, being responsible for the oversight and guidance of the life and work of the AMAA.

Movses served within the AMAA and the Armenian Evangelical Church with great dedication as a leader for twenty years.

Paragraphs will not be enough to count and reflect on the achievements of this great man of God, who had a great heart for people and Armenian communities around the world, including the Australian Armenian Community. We, as family and the Armenian Evangelical Church of Sydney, were privileged to enjoy his visit with his wife Louisa to Sydney and Melbourne in April 1999. During those two weeks we organised special services and public gatherings and visited the leaders of the Armenian community, some political leaders and the Armenian organisations and institutions.

During that short visit, Movses encouraged us to form a District Committee of the AMAA and appoint board members. With the directives and the thoughts of this visionary man, we planned to launch and commence our missionary service in Australia, with the firm commitment to establish the Armenian Missionary Association of Australia. The plan was to have our inaugural gathering in March 2001, but unfortunately by then, the man of vision and mission was not with us anymore.

Having learned a lot from him, the Armenian Missionary Association of Australia commenced its services in March 2001. Soon we will be celebrating our 20th anniversary, sadly without the visionary who was behind it as the encourager, motivator and moving force. We still miss him after twenty years and we will continue to miss him.

During the AMAA’s 100th Anniversary Celebrations here in Sydney in March 2018 under the auspices of the Mr. Arayik Harutyunyan, then the Chief Minister of the Republic of Artsakh and now the President, also with our current and dedicated AMAA Executive Director Mr. Zaven Khanjian and AMAA President Dr. Nazareth Darakjian, representatives from eight different countries and many distinguished guests, we paid a special tribute to Movses, as the man who was behind the great idea of establishing the Armenian Missionary Association of Australia. Since then, with God’s help and blessing, we believe we have achieved a lot with a small group of dedicated people, who served as board members during the last 20 years. Today we are where we are, because of some dedicated people and many faithful supporters. But we owe so much to him, the man himself, the Man of Vision and Dedication. Without his support and guidance, twenty years ago, we wouldn’t be here with the great success that we have achieved by Gods’ grace.

During the 100th Anniversary Celebration in Sydney, we received a special pontifical tribute, a “Gontag” from His Holiness Aram I, Catholicos of the Sea of Cilicia, which was presented to his wife Louisa and son Vahak. You can read it in the image.

After twenty years, the memory of this great man is still with us and will be for many years to come. We owe him so much. We are rest assured that he fought the good fight, finished the race (though soon), kept the faith and deserved the award of the crown of righteousness (2 Timothy 4:7).

Dear Movses, you have committed your life for Christ, done your share and your legacy will remain with us all. You are the man of Vision and Dedication, yet one of the humblest and most loving people. You could easily have looked for praise, applause and ovation, but you always preferred the simple and modest life. You were old with the old and young with the young. You lived your life following the steps of the Great Man, Christ, Himself. You will be with us always as our brother, friend, co-worker, one of the greatest in the history of 175 years of the Armenian Evangelical Church, but also a dedicated leader with an exemplary life.

Rest in peace my brother.