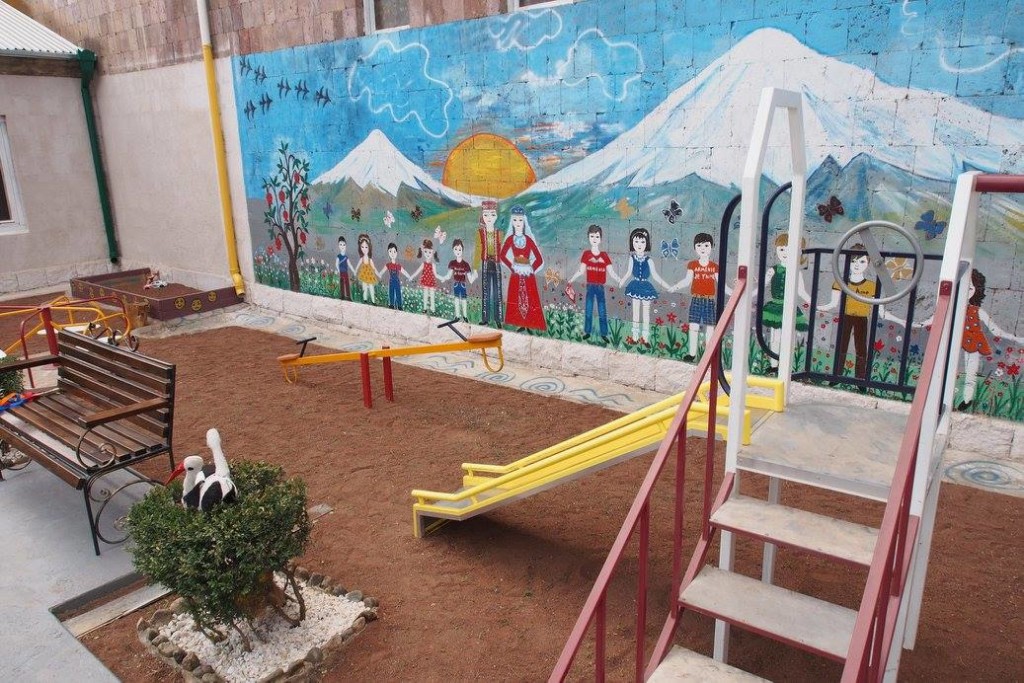 September 25, 2015 was a festive day for Choratan Village in Tavush Region of the Republic of Armenia. It marked the dedication ceremony of the Village Kindergarten playground which was completely renovated by a generous donation from the Armenian Missionary Association of Australia. The old playground, which was an abandoned area on the Kindergarten grounds, now has green areas, benches, swings and play stations for the children to enjoy.

For the dedication service present were Harout Nercessian, AMAA Representative in Armenia, Lusine Ohanyan, the Coordinator of the External Relations of the AMA-Armenia, representatives of AMA-Australia lead by the President/Executive Rev. Dr. Krikor Youmshajekian, The Mayor and many other representatives of the Tavush Region who were present at the dedication ceremony, expressed their heartfelt gratitude for the renovation of this playground, which was a necessity for the children of the Kindergarten and of Choratan village at large, and once again reaffirmed that over the past years AMAA has generously contributed for the well-being of the people of the border villages, and specially of the children.

Rev. Dr. Krikor Youmshajekian and Kakig Melikian, RA Parliamentary Representative of Tavush Region, along with the children of the Kindergarten cut the ribbon of the opening of the Playground, after which the guests toured the playground and expressed their gratitude to the representatives of the AMA-Australia for their patriotic work. The mayor of Choratan Village Varuzhan Baghmanyan presented special certificates of gratitude to the Harout Nercessian, Rev. Dr. Krikor Youmshajekian and to the representatives of the AMA-Australia. The opening ceremony concluded with a special program presented by the students of Choratan Kindergarten.