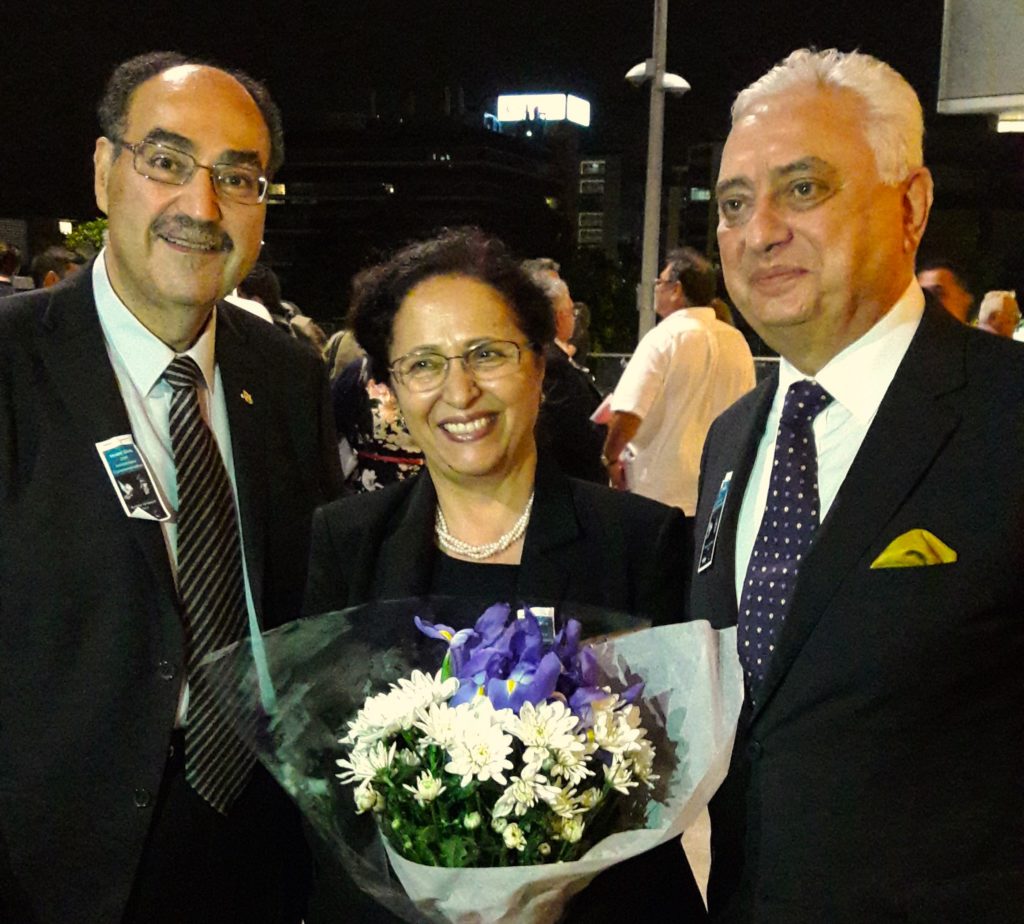 This year marks the 10th anniversary of the assassination of journalist and human rights activist Hrant Dink. In honour of the memory of our national hero, the Armenian Missionary Association of Australia (AMA-Australia) invited his widow Mrs. Rakel Dink to Australia to commemorate with them his life and work, and to also highlight the work of the Hrant Dink Foundation, which carries on his legacy.

On Saturday March 11th, Mrs. Dink was welcomed to Sydney by the AMA-Australia Board of Directors at an informal gathering at the home of Rev. Dr. and Mrs. Krikor Youmshajekian.

On Sunday March 12th, Mrs. Dink attended the AMAA Sunday Service held at the Armenian Evangelical Church of Sydney. During the service, she witnessed her faith in Christ, even during the very difficult times following her husband’s death. All were encouraged by her dependence on God, and her trust in His purpose even when we cannot understand why. Rev. Dr Youmshajekian, President/Executive Director of AMA-Australia preached from God’s word.

Following the AMAA Sunday service, the Annual AMAA Luncheon was held at Miramare Gardens. The guest of honour Mrs. Dink encouraged all in attendance with her heartfelt remarks. The guests were entertained with two poetry recitals from Barouyr Sevag performed by George Shissoyan and a violin solo ‘Dele Yaman’ performed by Garen Boymoushakian. A brief presentation was given highlighting the work of AMAA in general as well as the projects completed by the AMA-Australia between April 2016 and March 2017. The surprise of the day was an arranged ‘Graduation Ceremony’ and presentation of a certificate to Mrs. Makrouhie Kortian. Mrs. Kortian an active member in the Australian Armenian Community over many years was awarded with a Certificate from Haigazian University for training she has completed. It is never too late for dreams to come true. The event was enjoyed by all who attended.

On Sunday 19th March, the Hrant Dink Commemoration Evening was held at the Chatswood Concourse Theatre. The event was organised jointly with the Armenian National Committee of Australia (ANCA). The memory of Hrant Dink was honoured through music, poetry and dance. Mrs. Dink delivered the keynote address emphasising that we should continue to struggle for truth and freedom of speech while acknowledging that nothing is possible without dependence on the Lord who is our Shepherd and our Refuge. The Uniting Church in Australia Assembly General Secretary Colleen Geyer delivered the closing remarks and Rev. Dr. Youmshajekian closed the evening with a prayer and invited the guests to join him in singing the Lord’s Prayer.

The following day, Mrs. Dink visited the Armenian community in Melbourne where the life and work of Hrant Dink was again commemorated at a gathering which was well attended and organised by the Sahagian Club. She also detailed the continuing work of the Hrant Dink Foundation which was established in 2007 to carry on Hrant’s dreams, his struggle, his language and his heart.

On Thursday 23rd March, a farewell dinner was held for Mrs. Dink at the Kirribilli Club which was attended by the AMA-Australia Board and members of ANCA.

AMA-Australia praises the Lord for His many blessings, and thank Mrs Rakel Dink for accepting their invitation to join them in commemorating the life of her late husband Hrant Dink. Special thanks also to ANCA for their support and help in organising the Hrant Dink Commemoration Evening.